Face it: Most of us alive today, even those who’ve been around for a few decades like myself, don’t really have a strong memory of a time when society was in unity. Certainly, it’s never been as divided as it has grown in the last 20 years, but it’s not like everything was butter smooth in the 90’s, the 80’s or the 70’s. And I speak of society at large, as well as in the Church.

In Matthew 13, Jesus spoke in parable to the masses, giving the story of the seed-sower, whose seed fell upon “stony places” or “among thorns” and were “scorched” or “choked” in time, but others fell into “good ground, and brought forth fruit, some an hundredfold, some sixtyfold, some thirtyfold.” (Matthew 13:8) After that, He spoke in private to His disciples, further expounding upon what He’d said. This is when He explicitly defines that He was referring to BELIEVERS.

Today’s message reflects a bit on last week’s to “Prepare to Endure Until the End”, for in the elaboration that Jesus does about the Sower Parable, He directly states in Verses 40-43 that it’s ABOUT THE END TIMES: “As therefore the tares are gathered and burned in the fire; so shall it be in the end of this world. [41] The Son of man shall send forth his angels, and they shall gather out of his kingdom all things that offend, and them which do iniquity; [42] And shall cast them into a furnace of fire: there shall be wailing and gnashing of teeth. [43] Then shall the righteous shine forth as the sun in the kingdom of their Father.”

While we often seek unity, and it is good for those in the bride of Christ to be supportive of each other (the true spiritual Church, assembled from the believers within and without the buildings and sects called “churches”), …it is NOT to be unexpected that there shall be division. Jesus Himself said in Matthew 10:34-35 “Think not that I am come to send peace on earth: I came not to send peace, but a sword. [35] For I am come to set a man at variance against his father, and the daughter against her mother, and the daughter in law against her mother in law.”

In John 8:32 Jesus says, “And ye shall know the truth, and the truth shall make you free.” The cost of fighting for the truth may set you at odds even with your own family…even with the brethren of your own church. Do not be dismayed in this. Be the ‘good seed’ that took up strong root, and bears much fruit: maybe 30, 60 or 100x the effort it took to bring you to the deepest of faith. Understand the times we are living in, and take comfort in the signs, knowing that the return of our Lord and Savior Jesus Christ is near. In His name we pray for each other, amen. 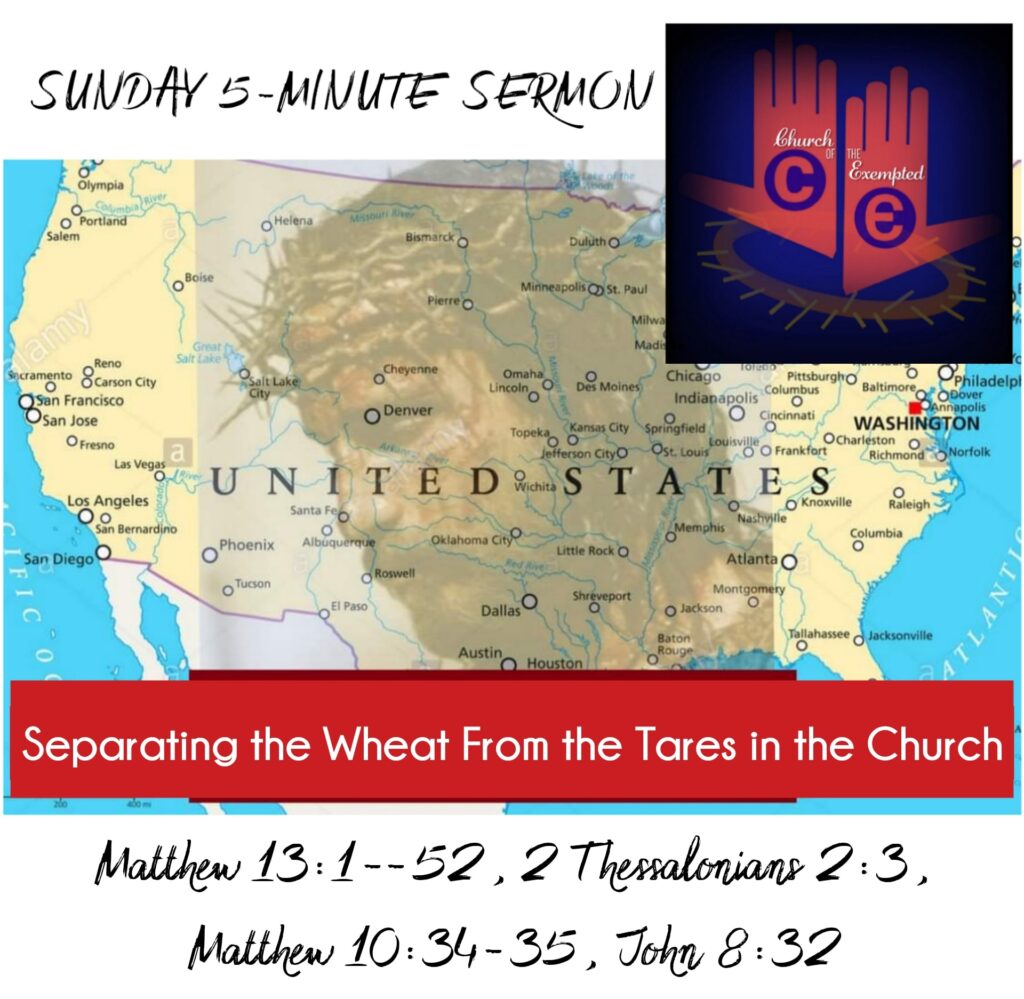